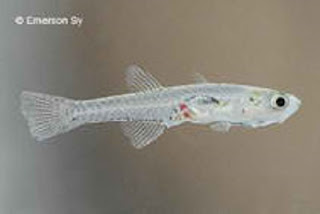 The sinarapan (Mistichthys luzonensis) was recognized by the Guinness Book of World Records as the smallest commercially-harvested fish. It is only found in the Philippines, endemic to Lake Buhi in Bicol River. A type of goby, the sinarapan is characterized by a transparent body which measures 12.5 millimeters. It is currently facing possible extinction due to overexploitation of its habitat.

Interesting fact: The sinarapan may be the “smallest food fish,” but it’s not the “smallest fish” ever known. That recognition is given to the dwarf pygmy goby (Pandaka pygmaea), locally known as ‘tabios’ and is commonly found in the Philippines and Indonesia.